$231 Weeknight | $246 Weekend | $271 Holiday
Haliburton Forest Day Passes Included
This remote waterfront cabin is located on Duck Lake, a gorgeous and private spot in Haliburton Forest & Wild Life Reserve. This cabin shares the lake with our Willow Cabin, and is the perfect base camp for cyclists, hikers and paddlers wanting a place to relax and unwind after a day of adventuring in the Haliburton Highlands. Guests looking for an adventure can take our canoe out and explore the lake or hit the trails in Haliburton Forest.
As part of our partnership with Haliburton Forest & Wild Life Reserve, Day Passes for each guest are included in the rental price in Spring, Summer and Fall. These passes offer guests access to 100,000 acres of wilderness for each day of their stay. With over 400km of hiking and mountain biking trails, you can hike, run and cycle to your heart’s content.

Activities at this cabin:

We book up to 4 months in advance and open reservations on a revolving monthly basis. August bookings open on May 1st at 8am.

This eco-cabin is completely OFF-GRID. (Don’t let this scare you). Our cabin is modernized and solar powered with electricity and heat. Feel good knowing that you’re choosing a low-carbon, eco-friendly getaway. As an off-grid cabin, energy conservation is key. Drawing too much energy may cause you to lose power, so you’ll need to be mindful of your consumption during your stay. There is a back-up generator when solar power is low.

All garbage and recycling must be packed up and taken home on your departure.

What makes this location awesome?

This Cabinscape is located in the Haliburton Highlands of Ontario, an area best known for their rolling hardwood forests, pristine lakes and extensive wetlands grounded firmly on the Canadian Shield. From Kaya cabin you are just 15-minutes from the main office/lodge at Haliburton Forest with access to their extensive trails, outdoor adventure activities, camp store and restaurant.

When is check-in and check-out?

What if I need assistance during my stay?

We are always a phone call or text away for any questions or assistance. Our on-call property manager lives nearby and can be available on-site when needed.

What should I bring?

When is running water shut off?

Can I bring additional guests?

Is there WIFI/Cell Service?

Are there bugs or critters?!

You bet. Depending on the season, you’ll encounter bugs of all sorts. Bugs, rodents and wildlife are a reality of the wilderness. Guests should come prepared with bug spray and proper protective attire. Ticks have also been a major issue across Ontario. Please do your research ahead of time and learn how to properly check yourself for ticks.

While we do our best to protect our cabins from pesky critters by having them seasonally sprayed, critters can sometimes find their way into the cabin. That’s why it’s important to keep your food sealed and stored. If you’re squeamish around bugs or critters, you may want to consider another kind of getaway.

Is this cabin pet friendly?

No, I am sorry. This cabin is not pup friendly. To view our available pet-friendly cabins, select “pet-friendly” when searching your dates. 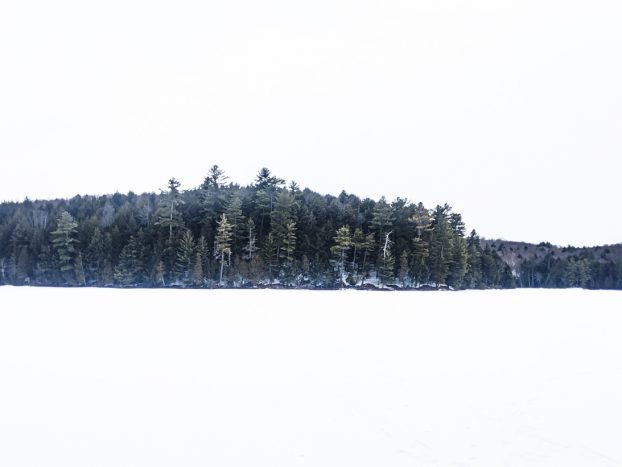 Today the Ontario Government announced an “Emergency Stay-At-Home” order to curb the spread of COVID-19 to supplement the “emergency brake” measures put in place last week.

After carefully reviewing the updated Government Guidelines, it is our understanding that we are able to keep our business operational during this period based on the fact that we fall under the category of “Hotels, motels, lodges, cabins, cottages…” (which have been listed as businesses permitted to operate). As such we are honouring our existing bookings. Government of Ontario Documentation: SAFETY MEASURES | STAY AT HOME ORDER

We are leaving it to the discretion of our guests to determine whether they are able to travel at this time.
Please contact us if you are unable to travel (bookings@cabinscape.com).

Any guests visiting must come with members of their own bubble. Guests should do all their shopping at home and avoid visiting the local communities and businesses around our cabins. Our cabins will be available for those that require a safe place to isolate in nature.

These are the following safety measures we are taking  to ensure your health and safety:

1: Rescheduling At Risk Guests:
Any guests who have traveled outside of Canada within 14 days of their visit, have been in contact with infected individuals, or who are showing symptoms of the COVID-19 virus should contact us to reschedule or cancel their visit.

2: Intensified Cleaning Protocol
– Our cleaners have intensified cleaning procedures to ensure all surfaces are thoroughly wiped down with disinfectant cleaner
– We are removing sponges and using disposable wash cloths moving forward. While we do not like to contribute to disposable waste, we feel this is a necessary precaution.

3: Removal of all bedding / pillows / blankets
-We have removed all blankets, bedding and pillows from our cabins. We ask that guests please bring their own blankets, sheets, pillows or sleeping bags during this period.

4: Following Authorities Recommendations
-We are keeping a close eye on recommendations for health and safety and will adjust our plans accordingly as the situation evolves.

We do ask a few things of our guests moving forward:

1: Bring Your Own Toilet Paper and Spray Cleaner
While we currently have sufficient quantities of both, it is getting increasingly difficult to find these products in store. If you are able to bring your own supply, it will help us ensure that we have enough supplies for incoming guests. (Please don’t take our toilet paper or cleaning products home).

2: Bring everything you need with you / Stay away from the local community
The Provincial Government has expressed concern over individuals isolating in rural areas and putting additional strain on their grocery stores and local amenities. We do not want to contribute to this strain. We ask that guests bring everything they need with them. While we do proudly support local businesses, unfortunately, now is not the time to do it.

3: Clean the Cabin Before Leaving
Rest assured, our cleaners will do a deep disinfectant clean of the cabin upon your departure. However, we want to ensure that our cleaners also feel comfortable coming into the cabin. If you can wipe down surfaces before you leave, this will help everyone feel confident.

Please let us know if you have any further questions. You can contact us at any time at bookings@cabinscape.com

Please note that all of our cabins are in private, wilderness settings. However, some locations are more isolated and “remote” than others. We have a basic scale to grade this in order for you to select a cabin based on your comfort level. Some people prefer the comfort of being closer to people and to civilization while others are looking for a true “back country” style experience.

Low: Your cabin is close to your access. While you’ll have privacy, you may still hear some local traffic or nearby cabins. For many this sense of being close to civilization is comforting. For others it is not the wilderness experience they are looking for.

Medium: You will be well away from the road and other buildings but still not completely isolated.

High: These are our most remote cabins and have a true “back country” feel. You are unlikely to see or hear other people during your stay. At night, all that you will hear is the great outdoors. For some, this isolated feeling is what they are looking for, for others it can be unsettling.

THIS ACTIVITY WAIVER & RELEASE (this “Agreement”)

IN CONSIDERATION OF the covenants and agreements contained in this Agreement and other good and valuable consideration, the receipt of which is hereby acknowledged, the parties to this Agreement agree as follows:

Details of Activity
The Participant will participate in the following activity: Back Country Cabin Visit.

IN WITNESS WHEREOF the Participant has duly affixed their signatures under hand and seal on: